Coordination is often described as an efficient interaction of different muscle groups and movements. Most daily activities require at least a minimal amount of coordination. Dance and athletic pursuits require even more. Coordination exercises differ from those seen in typical strength training and flexibility programs. They usually require simultaneous use of at least two muscle groups. Some coordination exercises also enhance agility, which is the ability to react quickly without losing balance or distorting postural alignment.

The myths and falsehoods associated with coordination training are plenty.  I’ll outline the ‘Top 3′ here:
The Characteristics of Coordination

Largely considered a singular facet of athletic ability, it is not uncommon to hear coaches, parents or trainers suggest that a given young athlete possess ‘good’ or ‘bad’ coordination. This generalization does not reflect the true nature of the beast, or specific features that combine to create coordination from a macro-perspective.  Coordination, in fact, is comprised of several different characteristics: 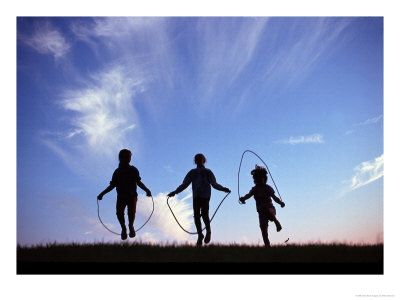 Is it Possible to Teach Young Athletes to Be Coordinated

The answer, in short, is yes.
Coordination ability is not unlike any other bio-motor – proficiencies in strength, speed, agility and even cardiovascular capacity (through mechanical intervention) can be taught, and at any age.
During the formative years of growth, it is imperative that young athletes be introduced to all types of stimulus that fuel improvement to the elements of coordination listed above.  This is one of the very critical reasons that all young athletes should play a variety of sports seasonally and avoid any sort of ‘sport specific’ training. Unilateral approaches to enhancing sport proficiency will meet with disastrous results from a performance standpoint if general athletic ability, overall coordination and non-specific load training is not reinforced from a young age.

Are Some Young Athletes Too Old?

Now, while there is truth to the matter that many of the sensitive periods for coordination development lay during the pre-adolescent phase of life, it would be shortsighted to suggest that anyone post puberty should not be exposed to this type of training.
Firstly, much of the training of coordination takes the form of injury preventative.  Any sort of ‘balance’ exercise, for example, requires proprioceptive conditioning and increases in stabilizer recruitment.  With ‘synchronization of movement’, large range of motion (ROM) and mobility work is necessary.  ‘Kinesthetic differentiation’, involves sub-maximal efforts or ‘fine-touch’ capacity which is a drastically different stimulus than most athletes are used to.